Many of the Lanzo Valleys municipalities have openly declared their belonging to the French- Provençal  linguistic minority. The French-Provençal is a language spread on a wide territory across the western alpine range, in an area including three bordering nations in which people have deep historic bonds as proved by the common linguistic and cultural origin.

The widest district is in France where Savoy, Dauphiné Viennoise, Bresse and Lyonnais are of French- Provençal language. All of the Suisse romande except Jura, in Italy the Aosta Valley, some of the Piedmont valleys such as Lanzo Valleys, Susa Valley, Orco Valley, Soana, Cenischia and Sangone and in Puglia, Foggia Province, the municipalities of Celle San Vito and of Faeto belong to French-Provençal origin and language.

Beside language, the French-Provençal Piedmont minority population has preserved until now, a rich cultural and traditional heritage and, lately, some young groups have given rebirth to the traditional music as well.

In 1873, the linguist Graziadio Isaia Ascoli, classified for the first time the French-Provençal language as autonomous. In Europe it is preserved by “The European Charter for Minority Languages”, in Italy by the law 482/99 “Rules for the protection of historical minority languages”. 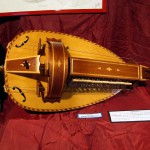 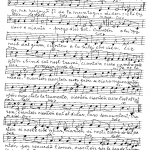 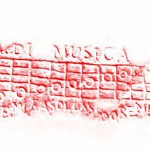 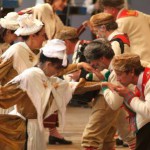 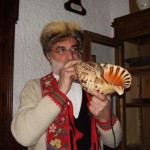